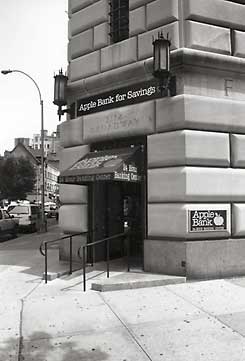 The building and Banking Hall at 2100 Broadway are significant in many respects, and both are now recognized by the City of New York as landmarks. The major issue facing the successful future adaptation of the Banking Hall is the ability to deliver electrical power, telecom, and security services throughout its interior. We have developed a Master Plan which outlines a method to discreetly deliver these services throughout the enterprise, while maintaining the architectural character of the Banking Hall. The Master Plan has been approved by the Landmarks Preservation Commission of the City of New York. Several other projects are being carried out under our direction at this facility. These include the introduction of new entrances and storefronts at the ground floor, and new exterior lights, plaques, and flagpoles.